Unique Characteristics & Project Challenges:
To support the ceiling beams, Eventscape engineered a custom metal “comb-rib” connected to a modular strut system which fastened to the base building structure. Covering approximately 1,500 square feet, the comb-rib spacing allowed for fastening the beams with concealed fasteners while maintaining the geometric integrity of the linear beam array. Each of the connections of the 60-foot long beams were staggered to create a continuous linear effect.

Each curvilinear workstation shell was built of CNC-cut fire-rated plywood and flex-ply substrate waffle frames and were finished with a 1/2” thick heat-formed pure white solid surface skin. Where required for additional support, an internal steel frame ladder was incorporated. An aluminum kick plate base was laminated to the plywood substrate. Workstations were bolted to the floor with custom roll-form plates and corresponding anchors in the floor.

The installation was challenging as this was a renovation of an existing office space. Some engineering adjustments were needed to accommodate unexpected HVAC placements/barriers in the ceiling. Eventscape provided templates in advance for all desk placement so that electrical conduits, carpets and partition walls could be positioned precisely and ensure that all ADA requirements were met. This was also an extremely tight turnaround of only 3 months from concept to completion as everything had to be completed during the Raptors pre-season.

Following the completion of the office space, Eventscape was contracted by the Toronto Raptors to design, develop, fabricate and install a custom suspended trophy case to house the Larry O’Brien trophy at the OVO Athletic Centre in Toronto. The ceiling-mounted six-sided top support symbolizes Toronto, the “6ix”. The steel tube structural members are tapered and twisted to symbolize the net of the rim. The feature includes: six-sided ultra clear museum-grade glass case with integrated articulating spot lights illuminating the trophy; solid golden base with glass structural support frame and hidden steel structure integrated into the ceiling to support the suspension of the glass case and trophy. We are so proud of our home team and to be a part of this journey to celebrate their 2019 NBA Championship! 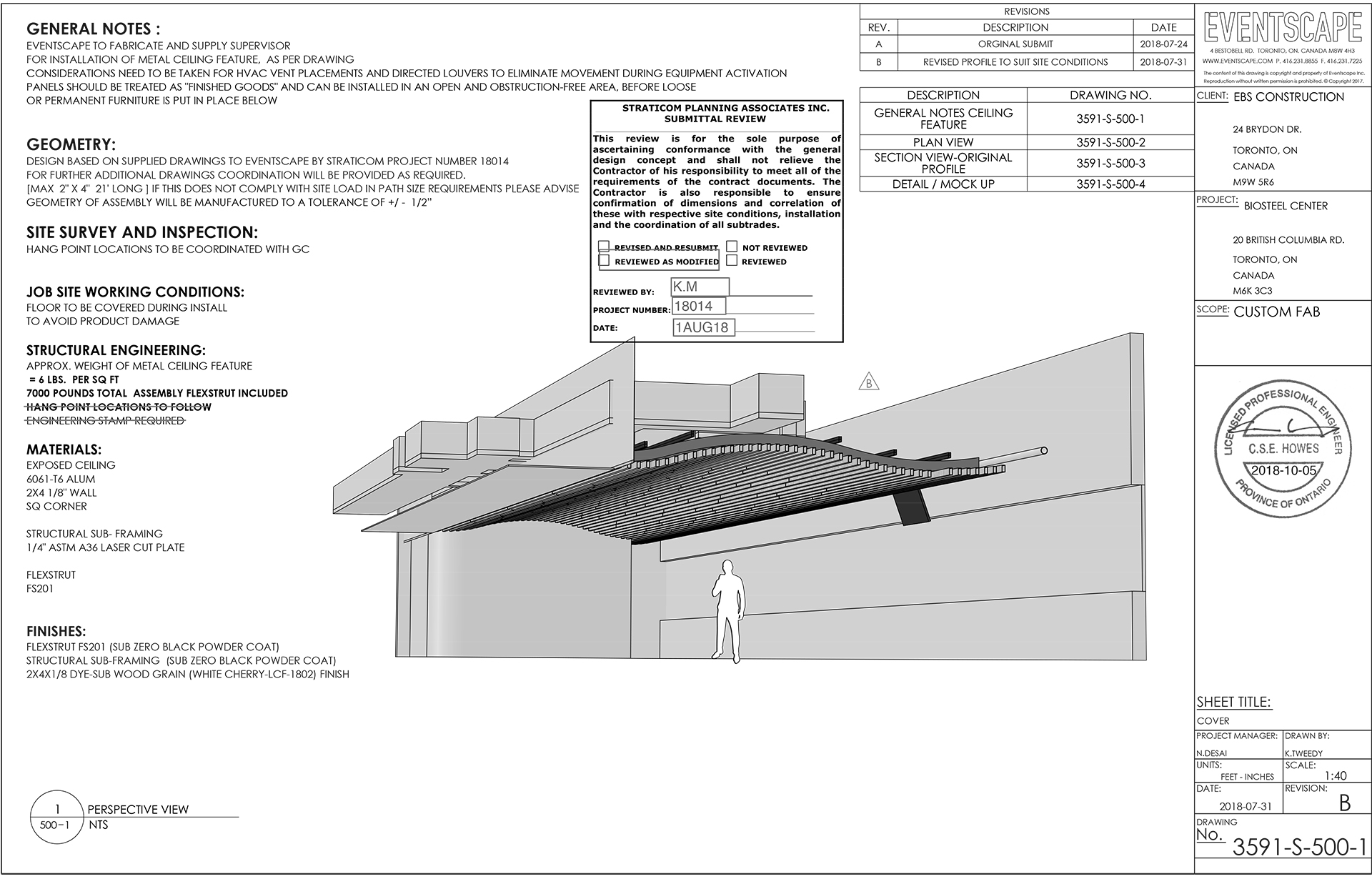 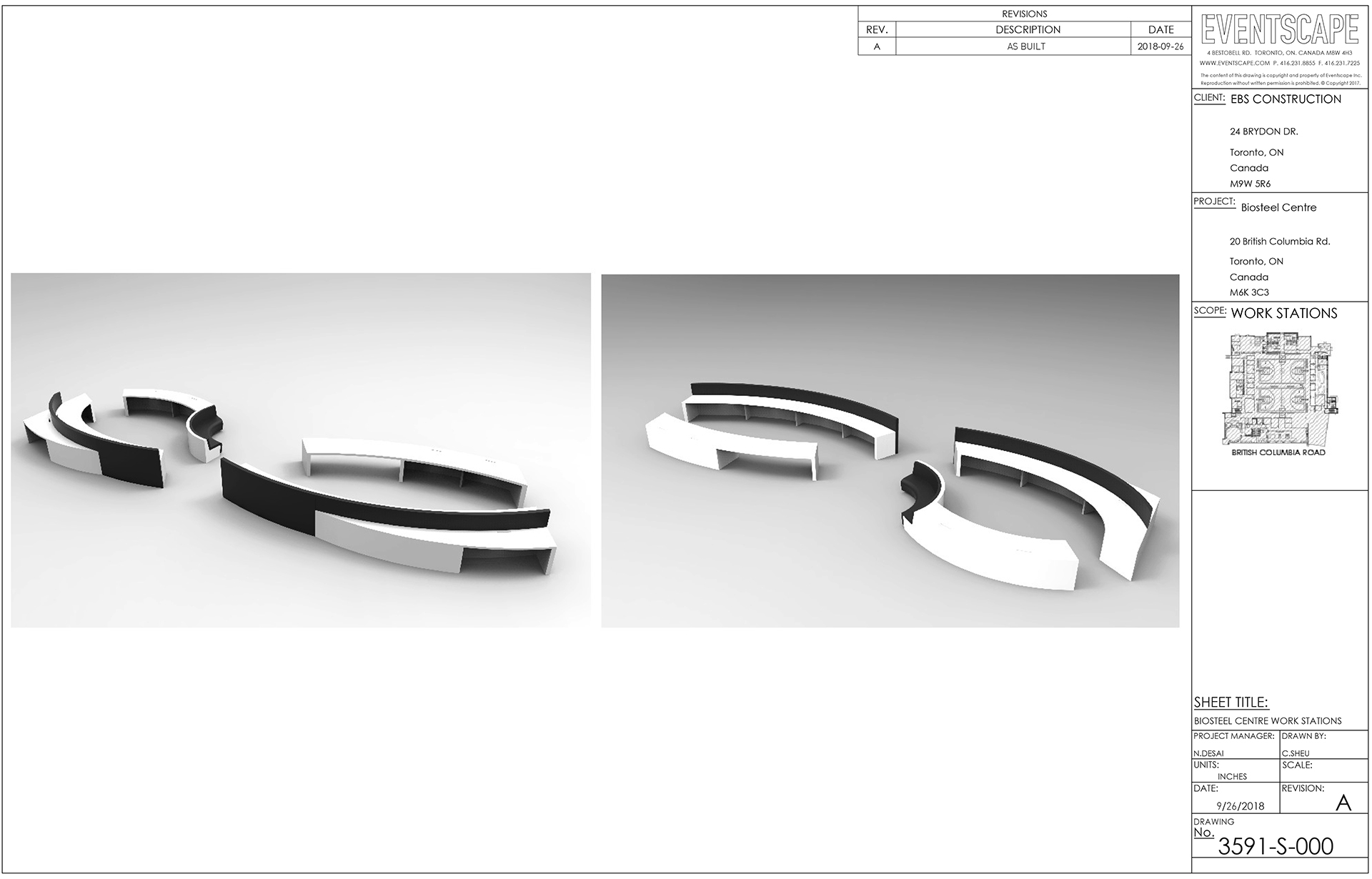 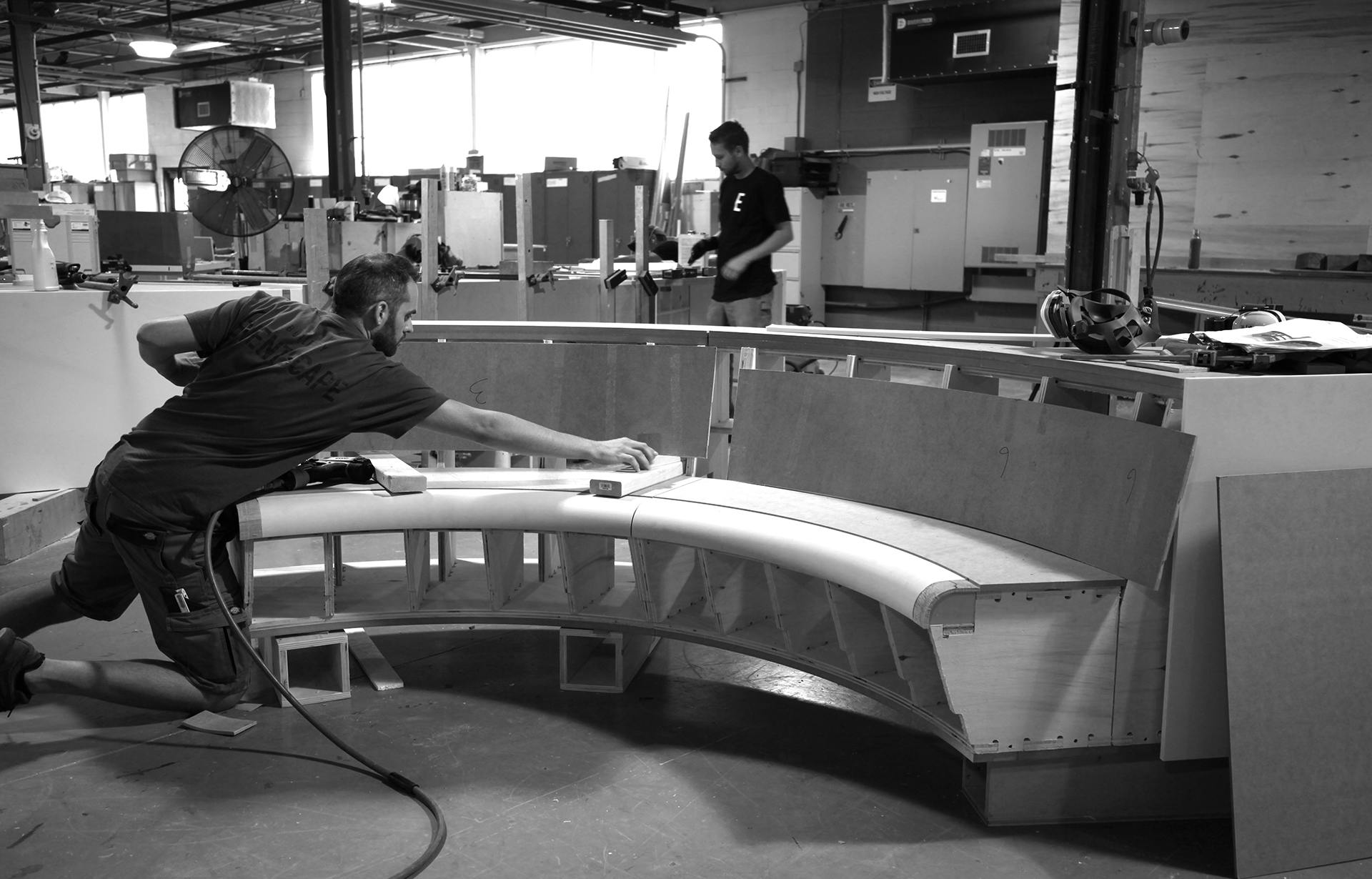 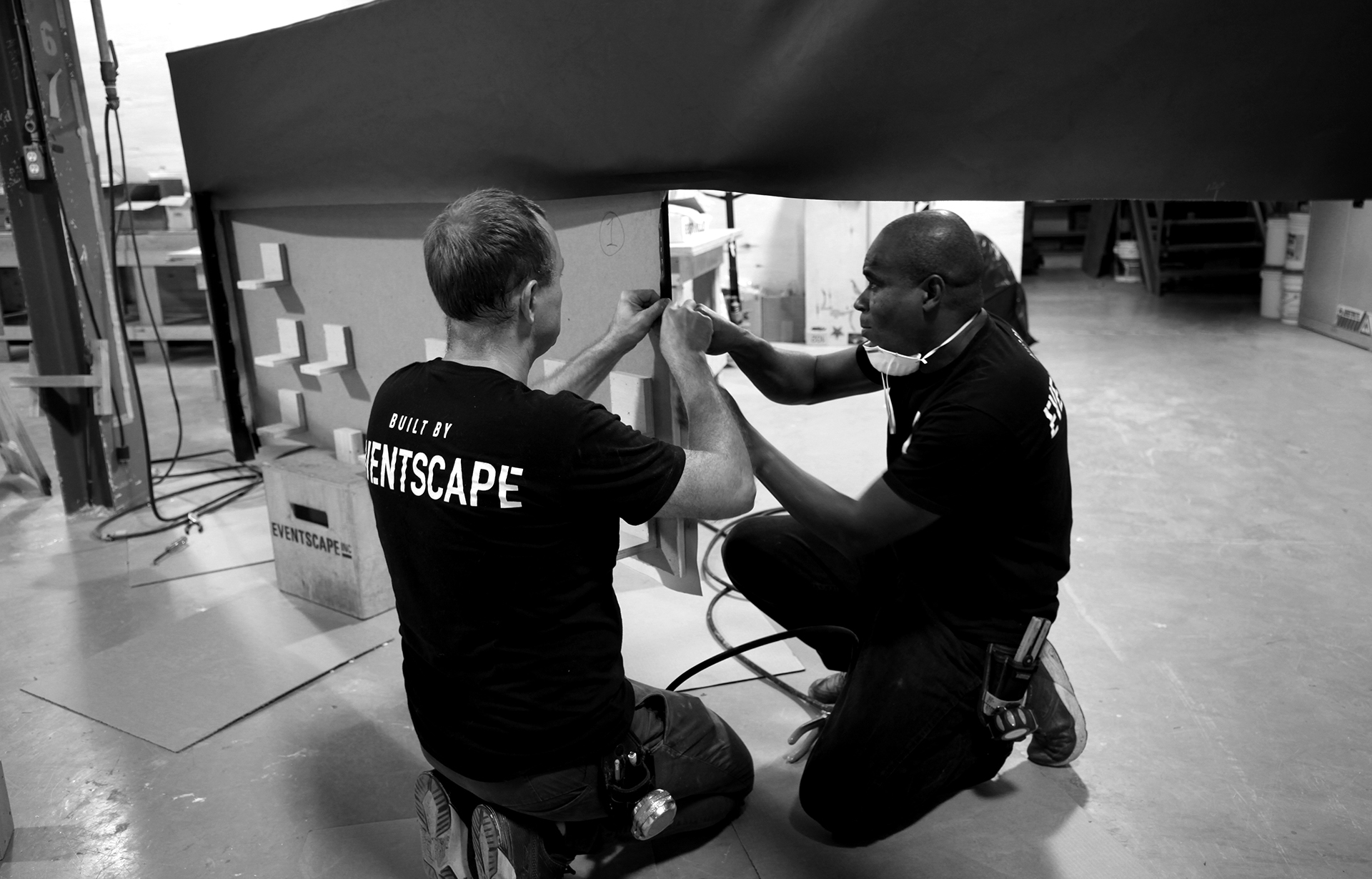 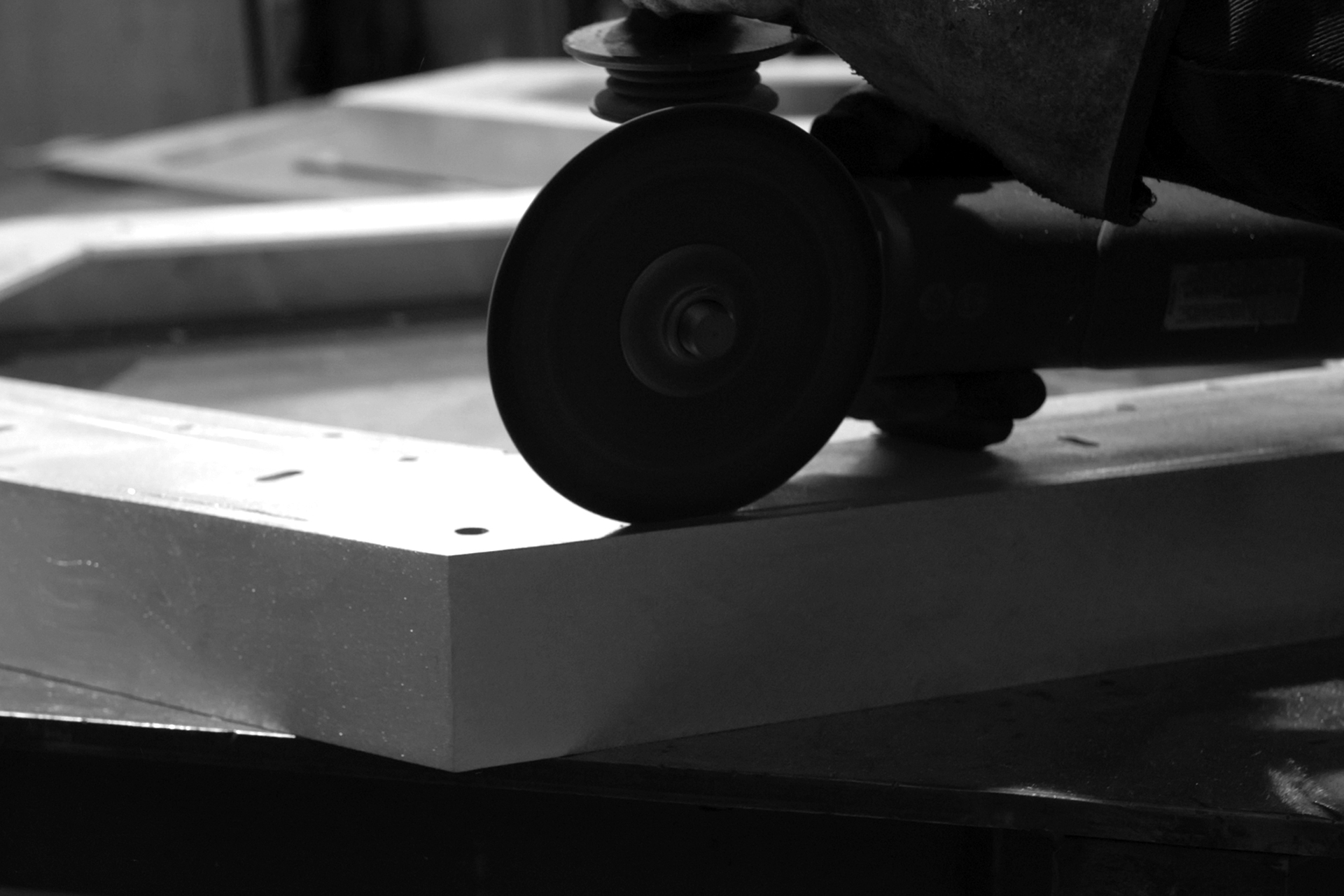 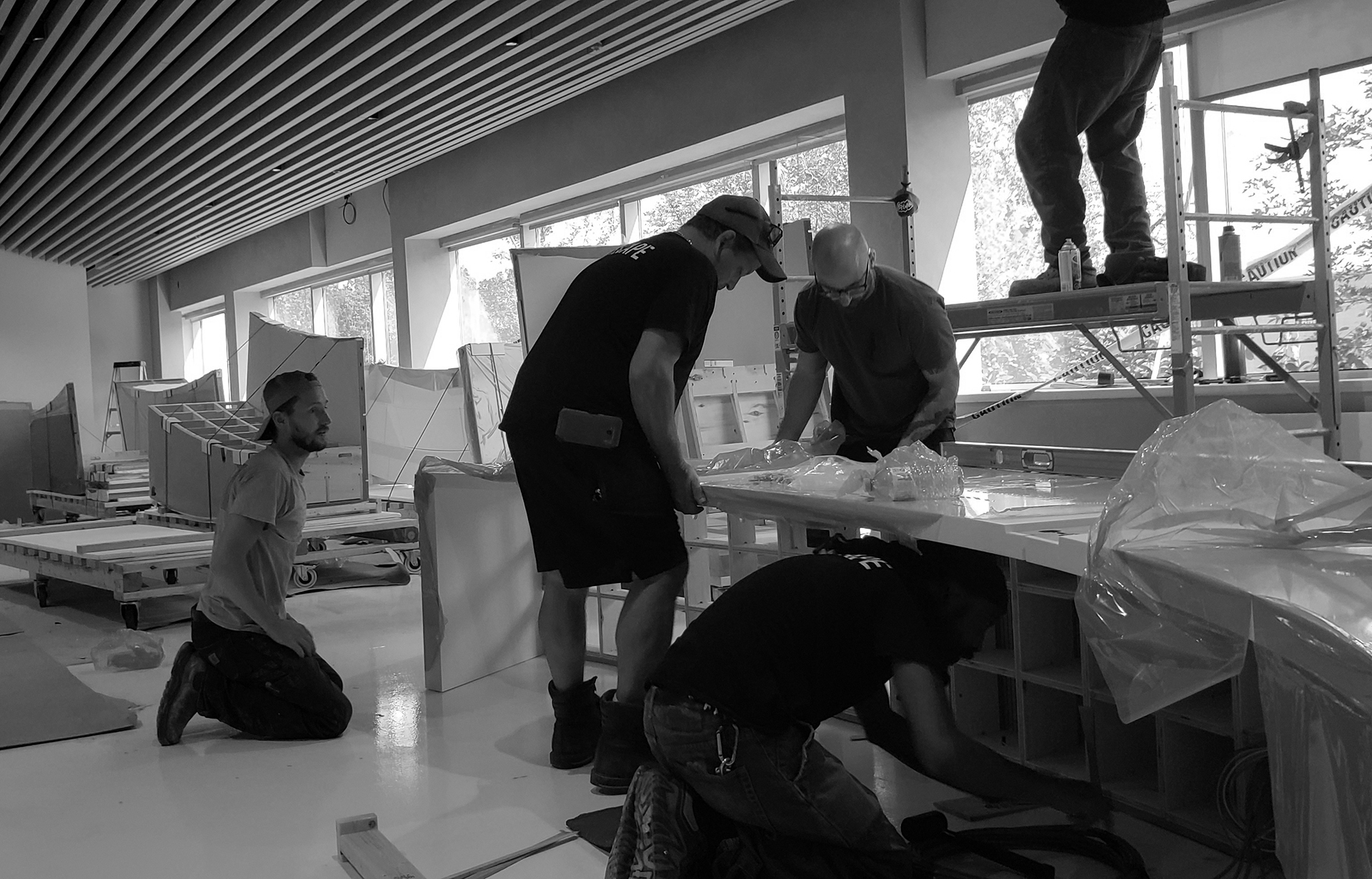 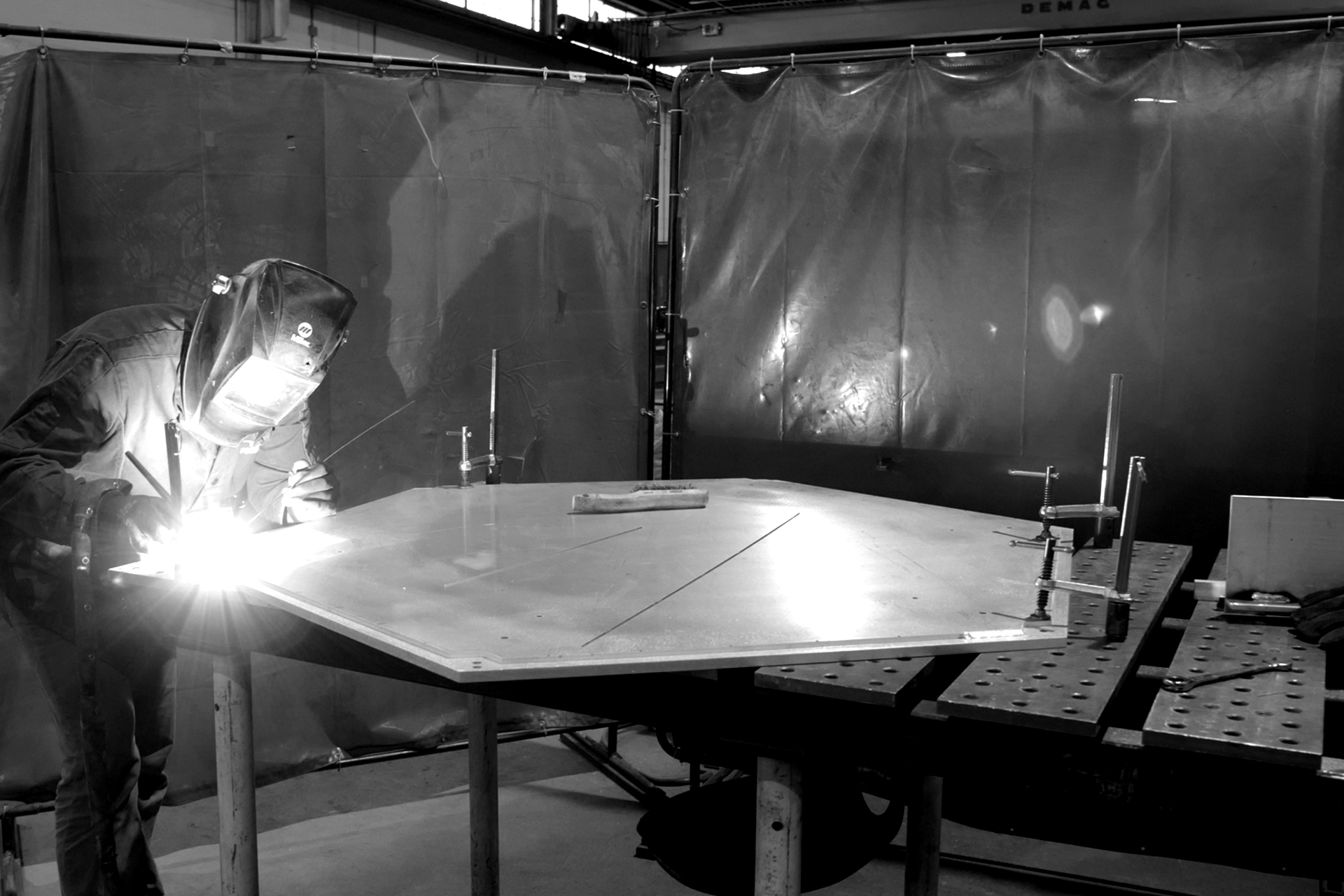 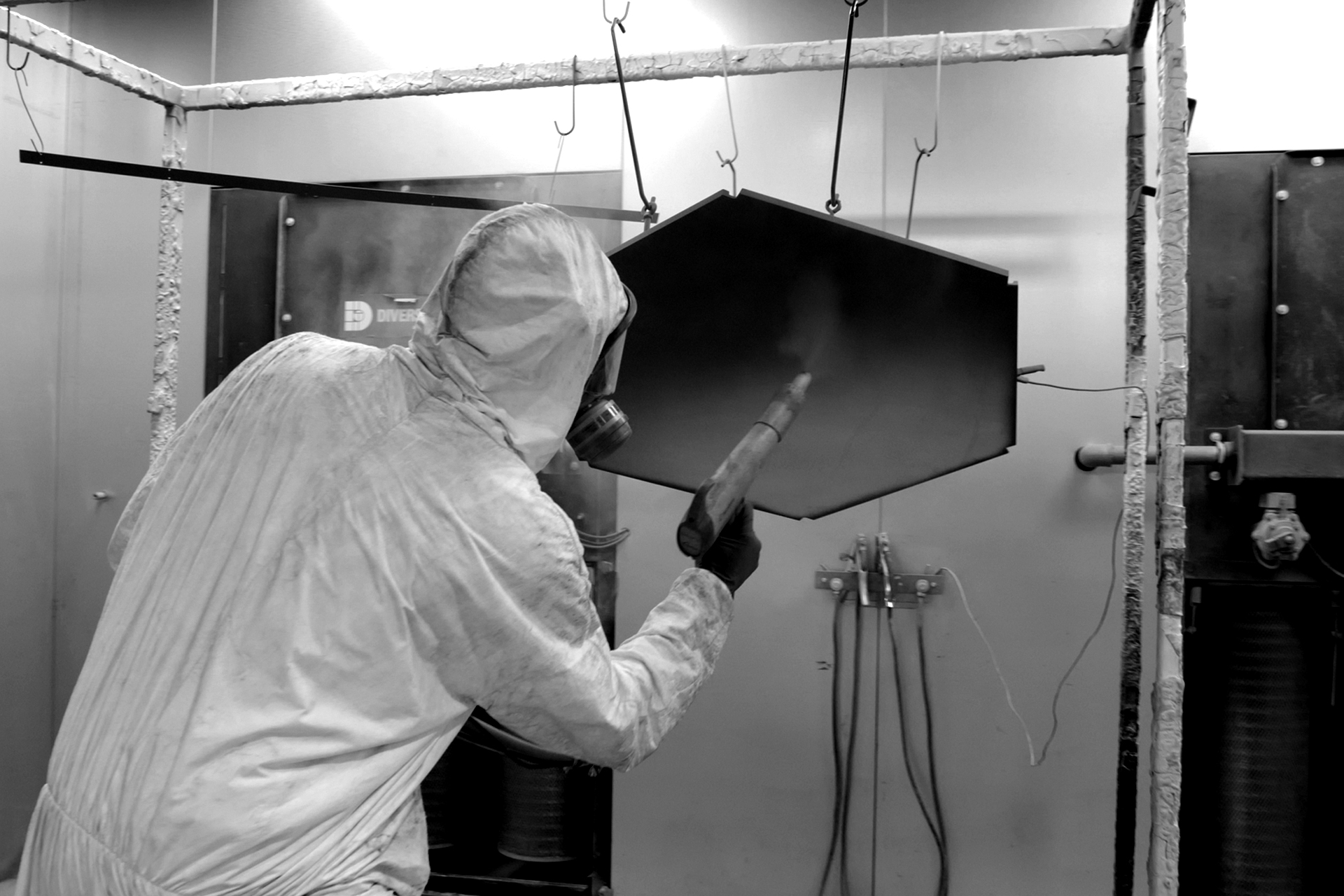 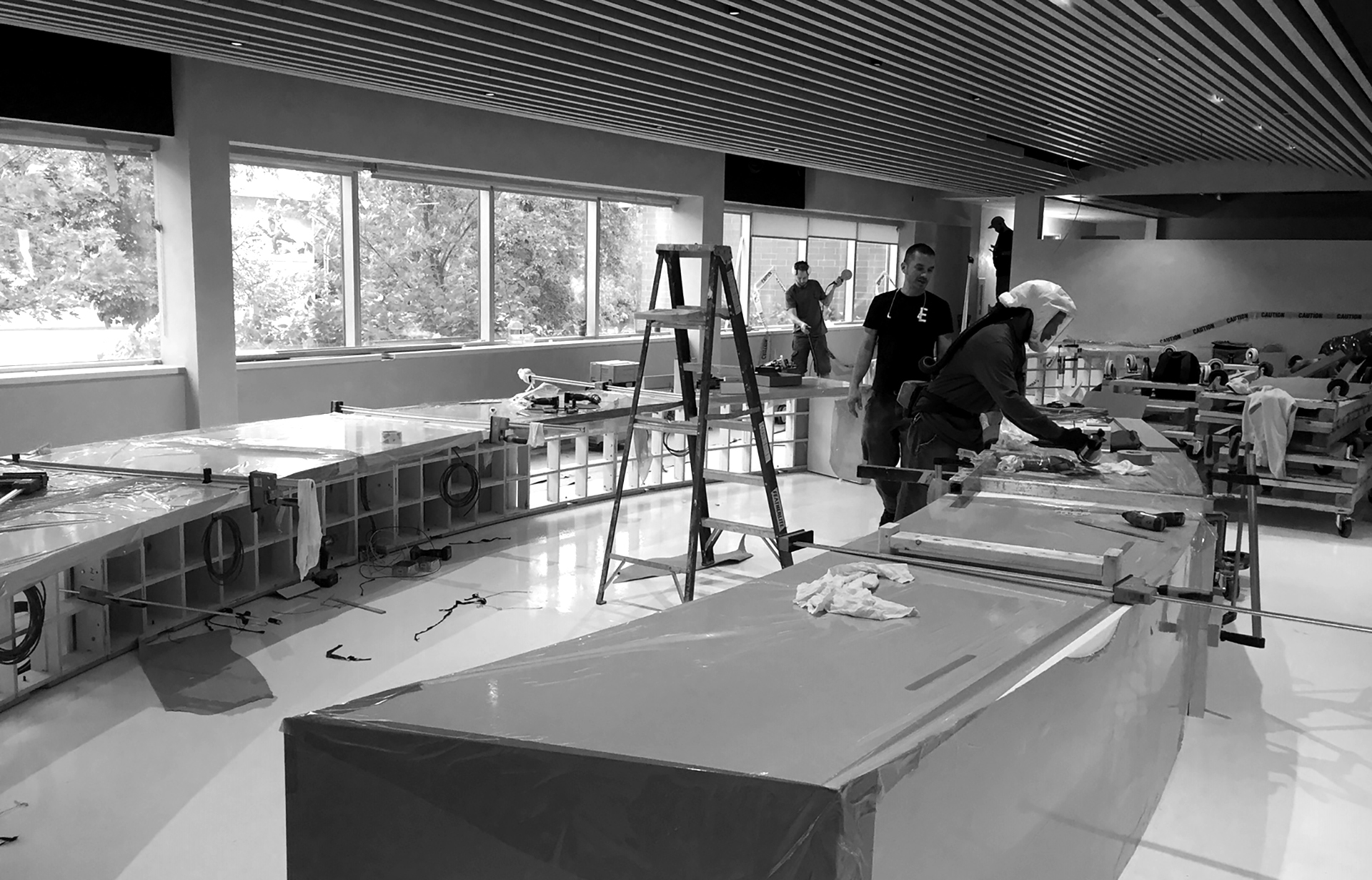 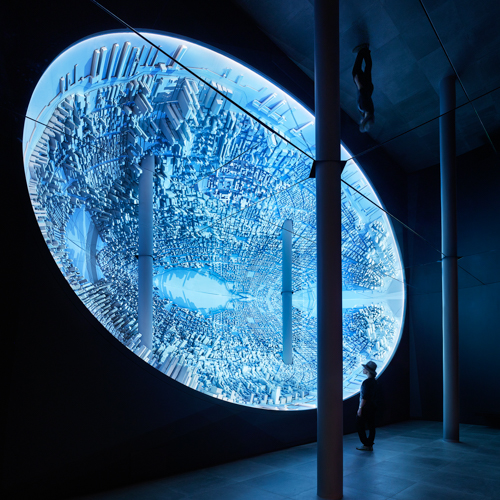