Toronto-based figure3 designed the Great Gulf Design Studio to transform the process of shopping for fixtures from a chore into a refined shopping experience for Great Gulf home purchasers.

One of the biggest challenges was to control the light at the intersecting edges of the panels. This was solved by using a gasket that could block the light but was narrow and low-profile so that it didn’t interfere with the decorative sandblasted pattern. The entire assembly weighed 2000 lbs. Powder coated HSS steel was used for the sub-frame, with brake formed edge returns. The upper portion panels were backlit with LED lights mounted on an MDF backer and hung on the frame using 14 gauge steel cleats. In the lower portion, the glass panels are hung directly on the steel frame so that ambient light shines through – creating a stunning statement in this grand foyer. 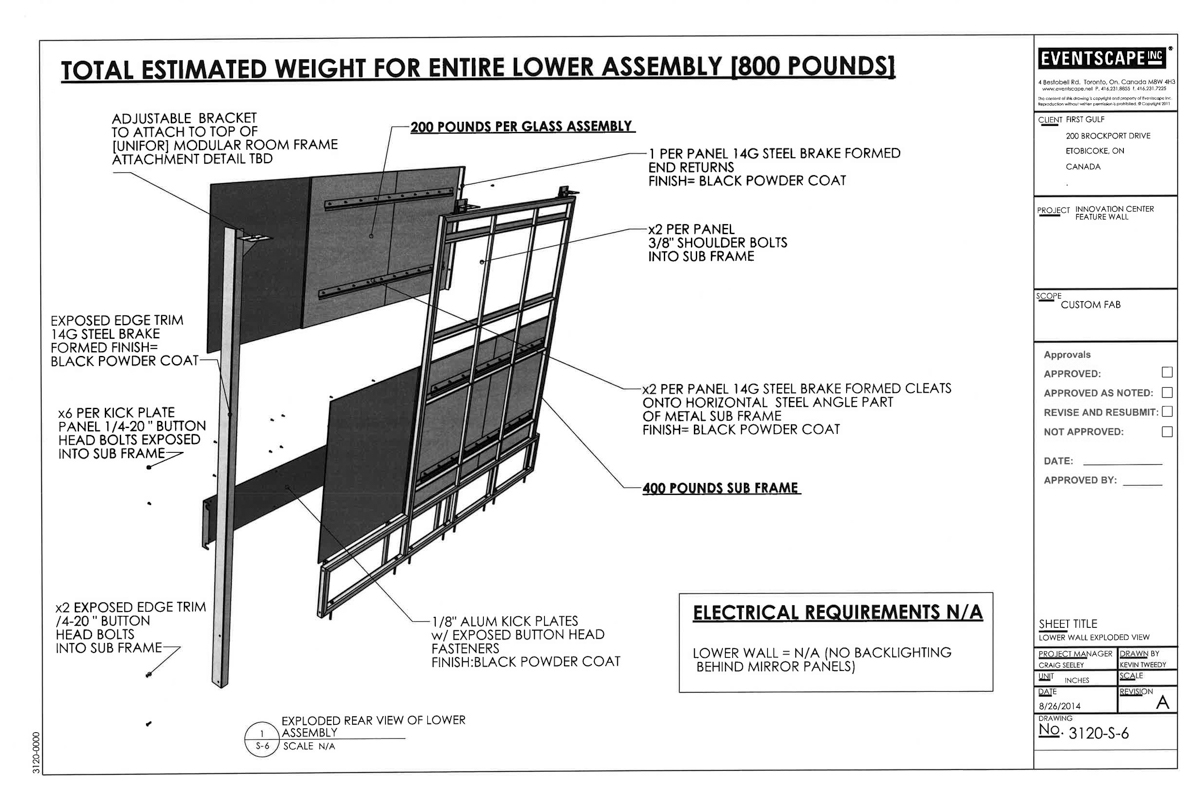 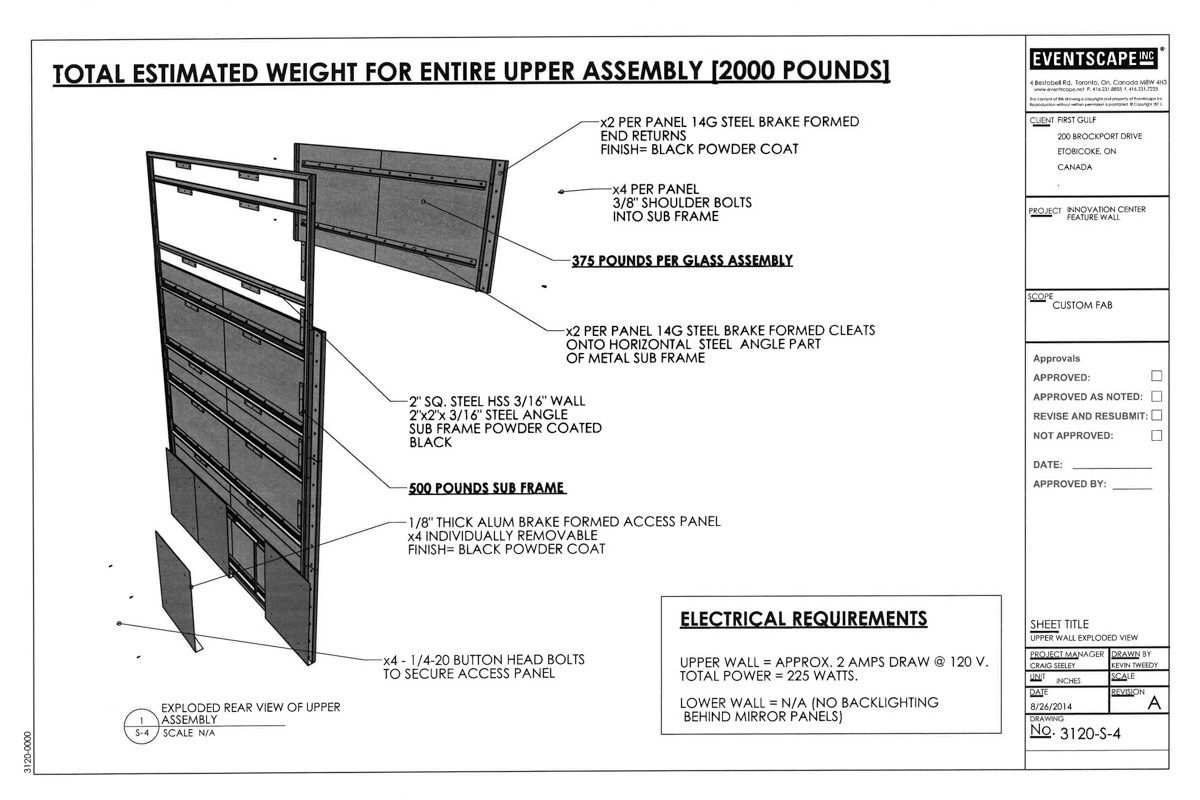 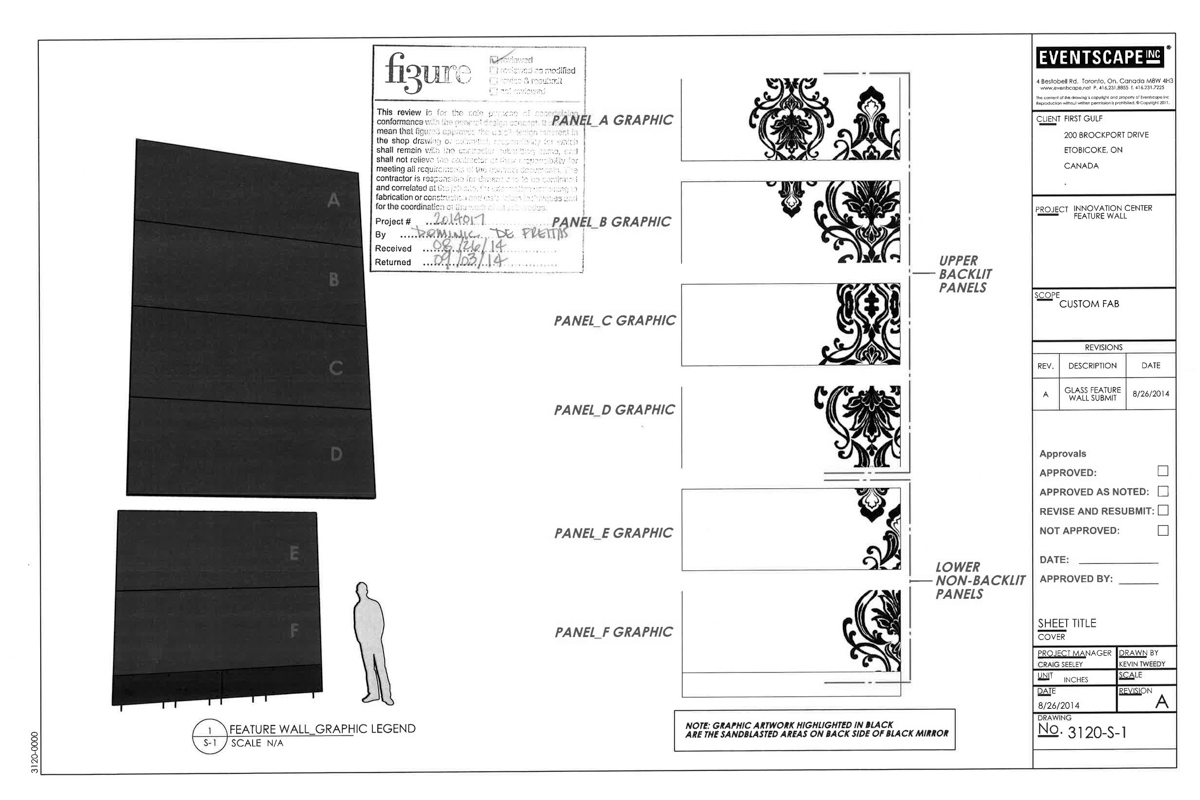 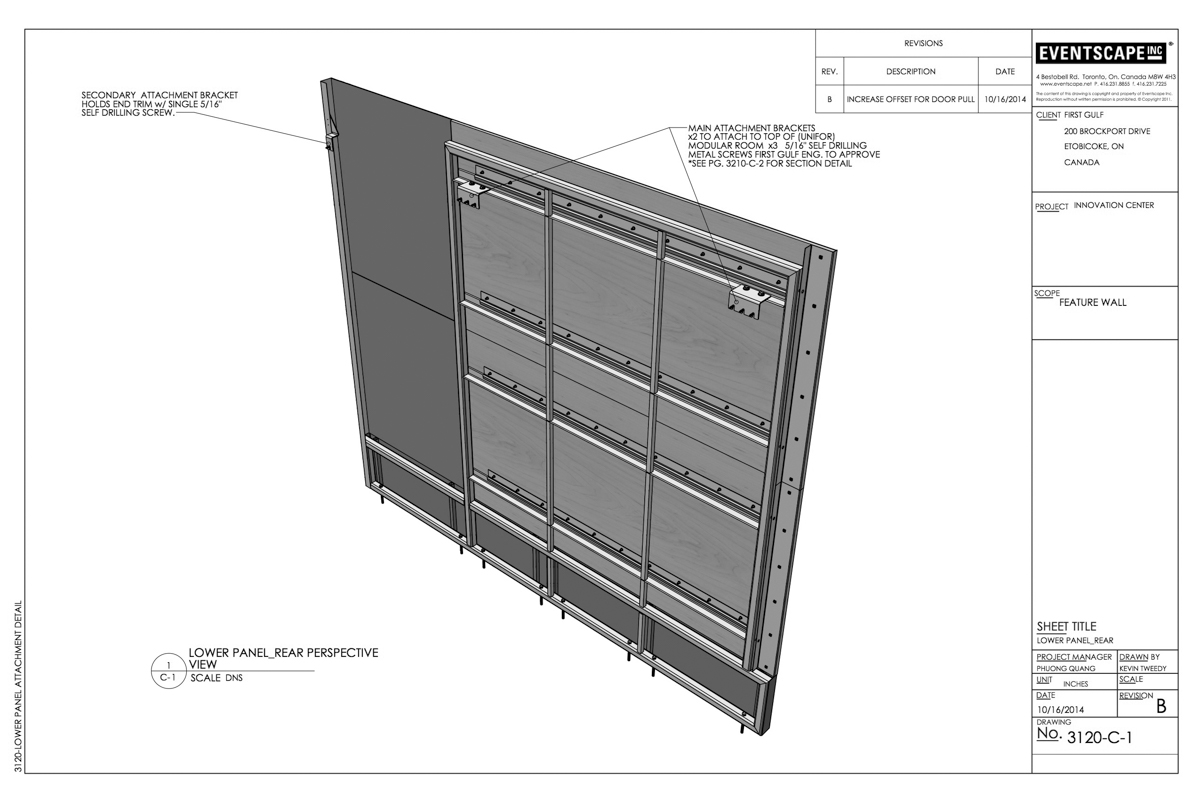 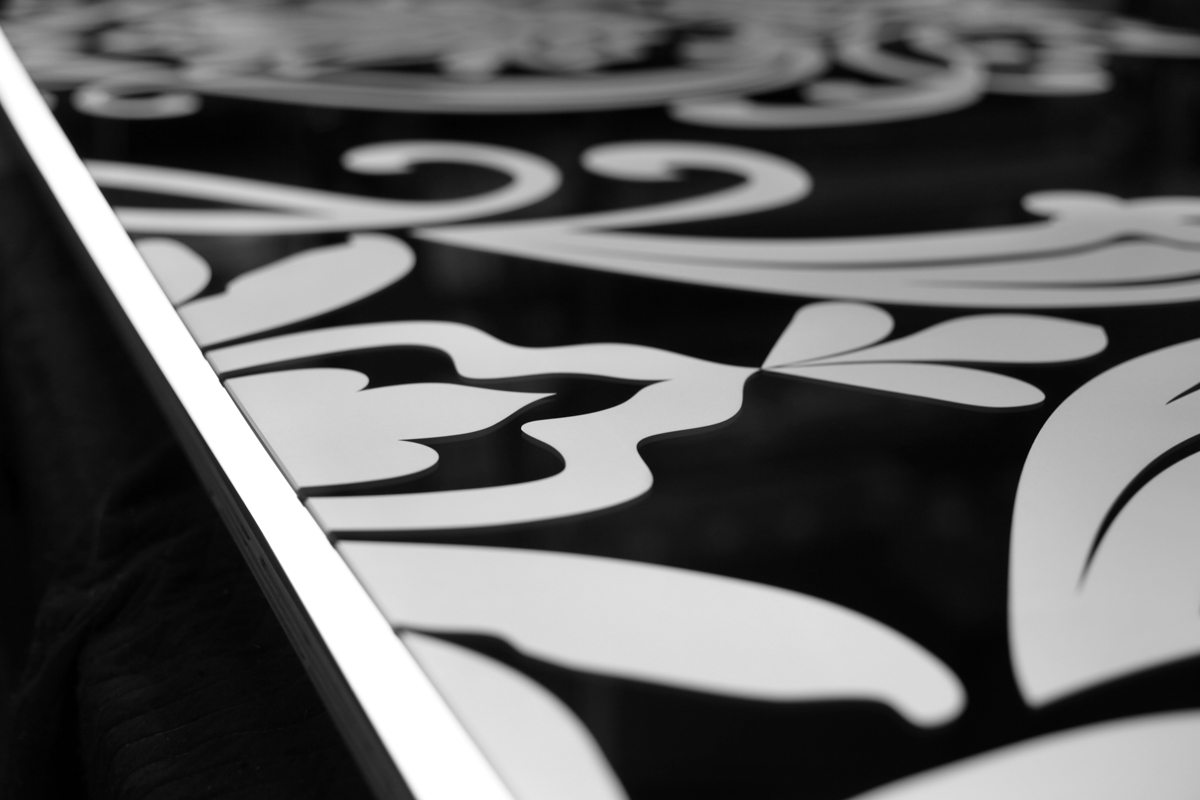 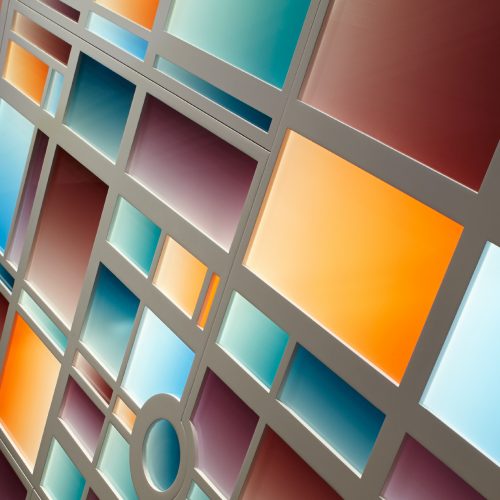 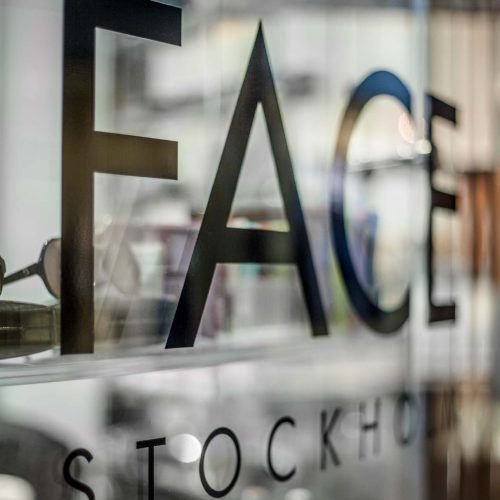 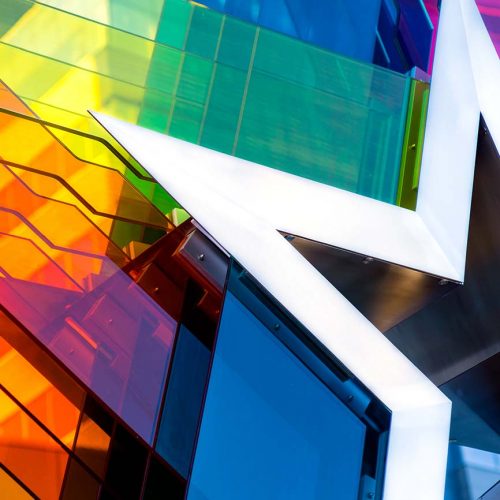